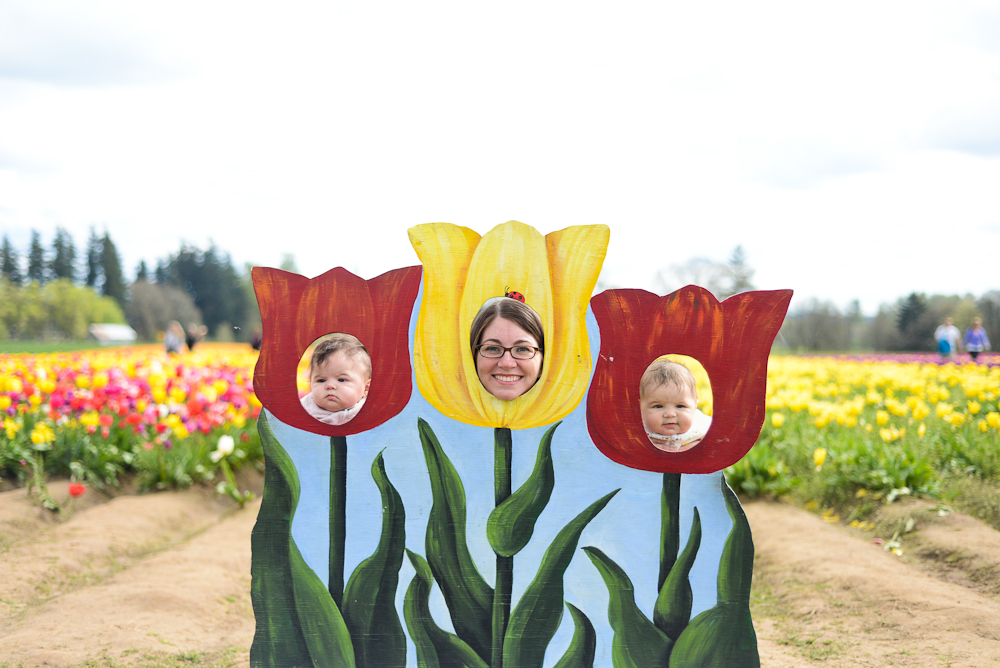 On Thursday afternoon, we did an afternoon outing at the Woodburn Tulip Festival!

Though I grew up in the Seattle suburbs, I never went to the Skagit Valley Tulip Festival. I would hear about it and be so interested, but I never made the effort to actually go. A few weeks ago I was thinking about tulip season and wishing it weren’t so far away so I could finally go…then I wondered if there was something similar a little closer.

I looked it up and lo and behold — a local tulip festival! Woodburn looks to be much smaller than Skagit–it’s only one farm and one field. But it was still so beautiful!

Rows and rows of different colors of so many tulips! 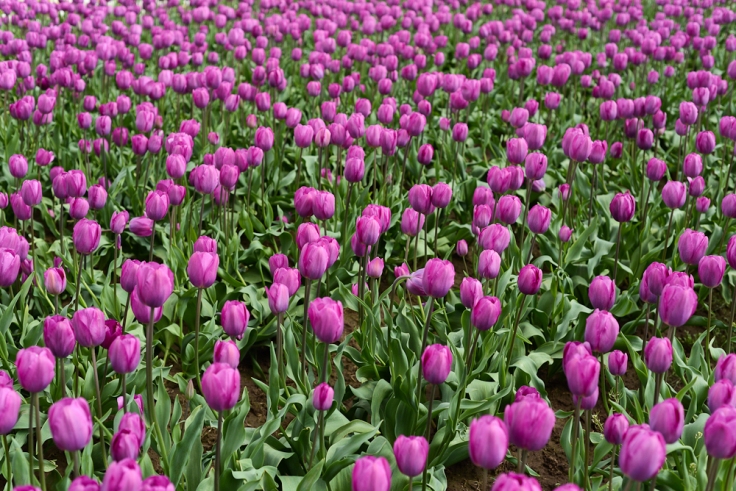 Of course half the reason I wanted to go was to take pictures. Of course with two babies and uneven ground for the stroller, I didn’t have a lot of time to really hang out in the field with my camera like I wanted to.

But I got a few decent shots at least. And I’m already thinking ahead to next year.

Babies will be walking by then, so we’ll have a little more freedom (though of course we’ll be chasing after them too). And we can take lots more cute photos. Imagine this one in another year, with both babies sitting in the wooden shoes. Won’t that be adorable?!! 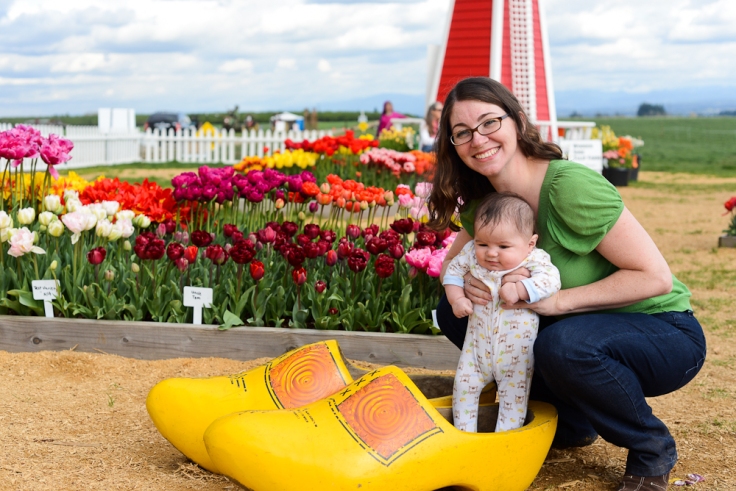 (Am I the only one who specifically looks for and plans photos on outings and future outings?)

This was also a good opportunity to get nice photos of each of us with each baby. 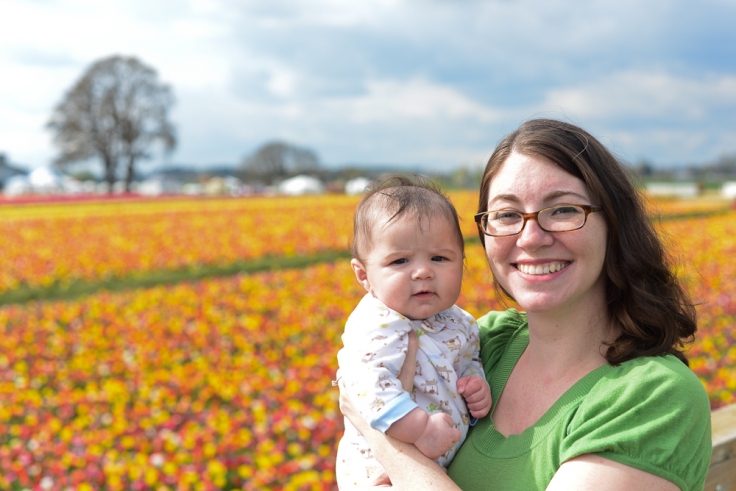 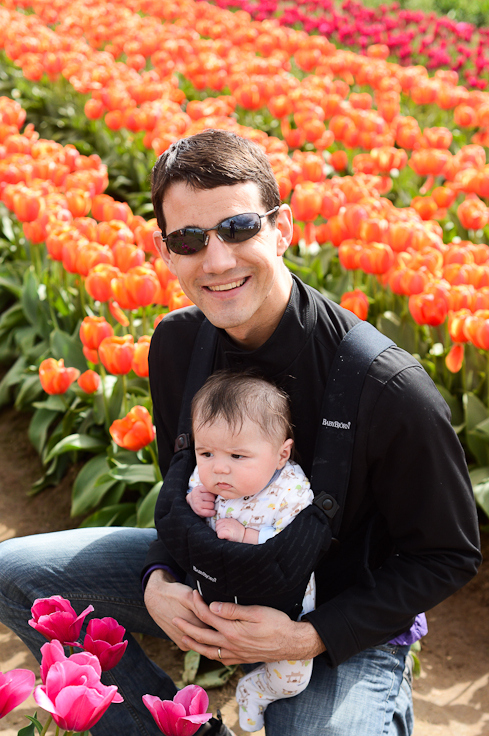 And of course take a family photo! Next year I hope to find a spot with better/closer tulip backgrounds.

We didn’t have a lot of time to look around before they had to eat. We’d left right after their 1pm feeding and arrived around 3pm (it’s a 45 minute drive from Portland). We fed them in the car in their carseats around 415. They were still distracted and it took longer than normal, but it wasn’t the craziness like our last outing. Unfortunately, E did his freakout thing and Andy had to try lots of different things to calm him down. We finally gave up with an ounce left in his bottle and we left around 530. 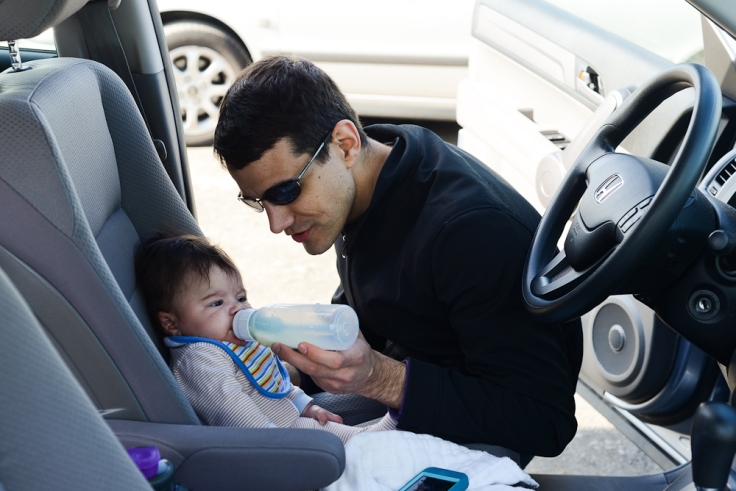 It was really a treat to get out of the city, especially during the week with fewer crowds, and see such a pretty sight. This year all the tulips are in bloom at once, and this is the peak. If you’re local, you should go!