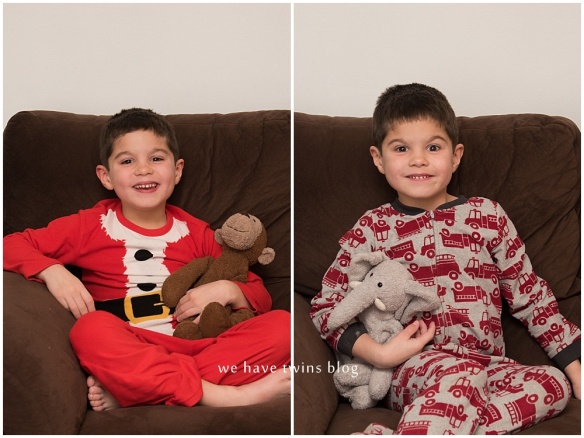 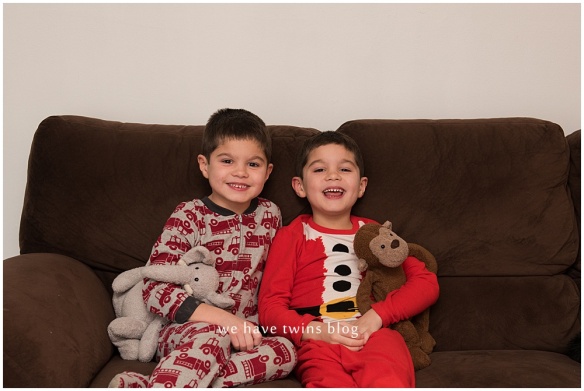 Six was a good year. They finished kindergarten and did great. Their academic skills improved a lot, they made a lot of friends, they had a lot of fun. They were definitely above grade level in both reading and math (though frustratingly, the report cards always said “meeting grade level standards).

They had a wonderful start to first grade. It was a seamless transition, no anxiety or worry–just happy excitement.

It’s been long enough that I don’t remember many details about six. There aren’t really many milestones anymore. Both boys but especially E started talking about independence–doing things by himself, doing what *he* wants to do. So in the spring, I let them start walking home from school. Our house was only a few blocks away from the school, and we’ve done the walk together hundreds of times over the years. There is a fairly busy neighborhood road to cross, which is what worried me. I made them promise to only cross at the crosswalk. They both did great and they loved being able to be independent that way. Often they wanted to go separately/on different routes–and truly do the walk alone! It was both sweet and bittersweet to see their tiny selves walking along all on their own.

We did a lot of swim lessons in the spring and their skills really improved. They even were finally big enough to do the slides on their own! In general it’s been a very active year. Lots of climbing, jumping, biking, scootering, running. Oh, and they went to parkour a few times–they loved that! 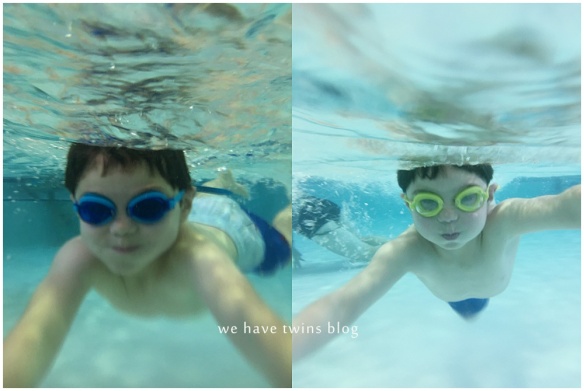 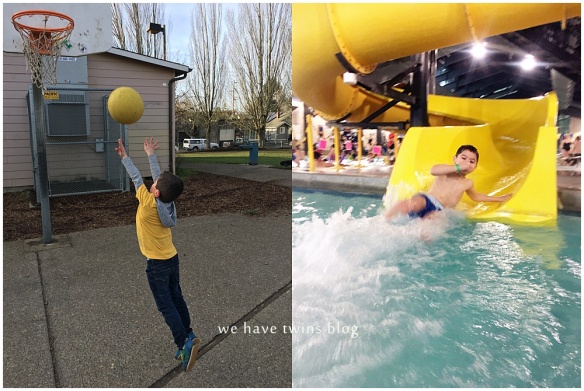 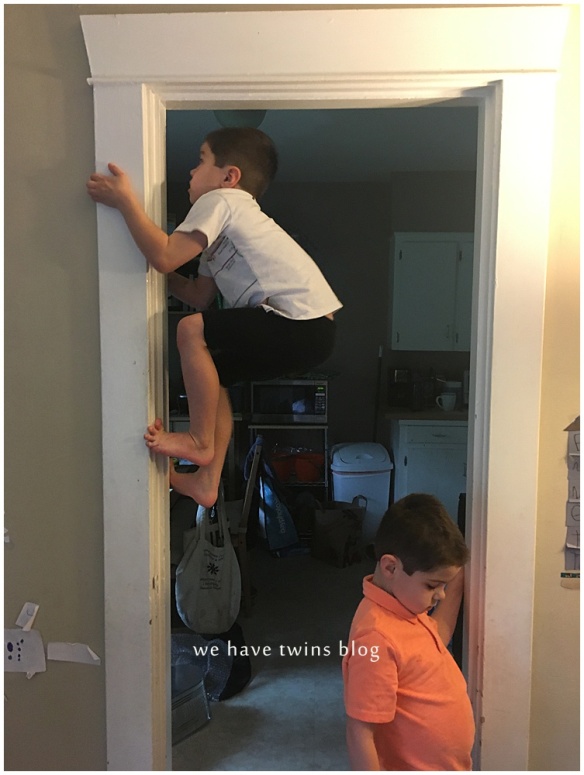 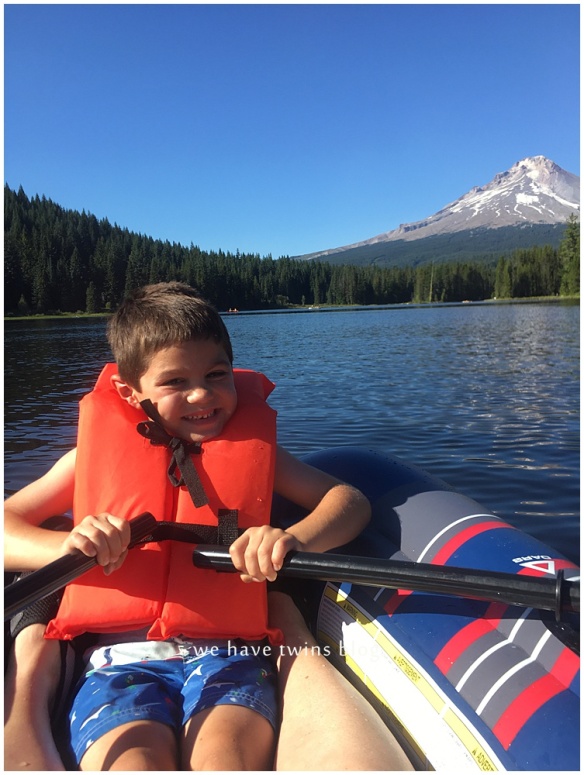 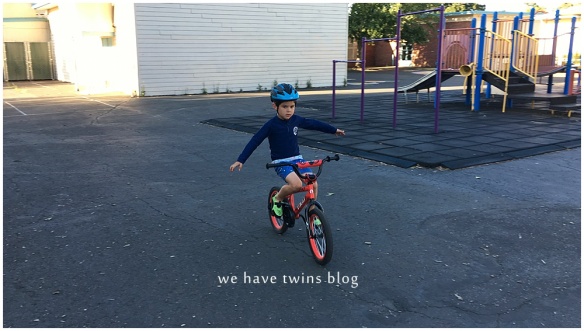 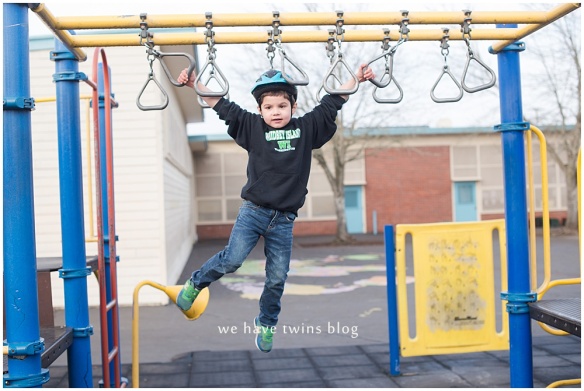 For all the physical activity that they need and love, there was still a ton of independent reading and quieter playtime. 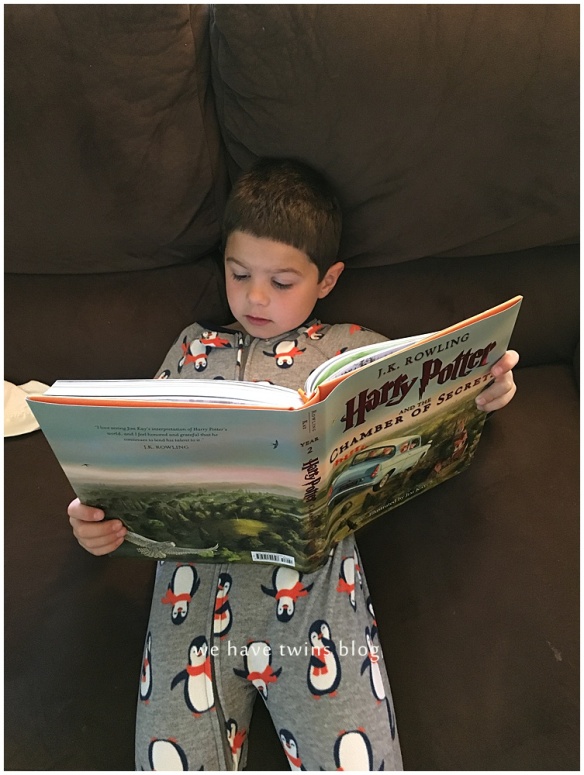 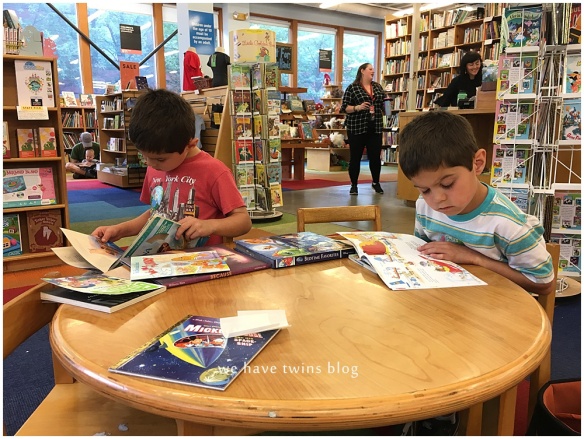 For their birthday, they got skateboards! E in particular has been asking for a solid year for one. They were both SO excited! It took a little bit to get used to being on the skateboards, but they both got the hang of it pretty quickly. 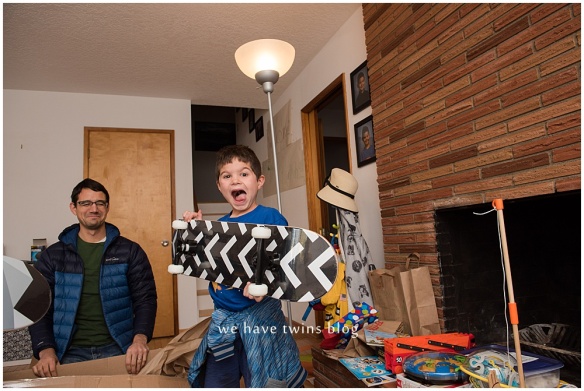 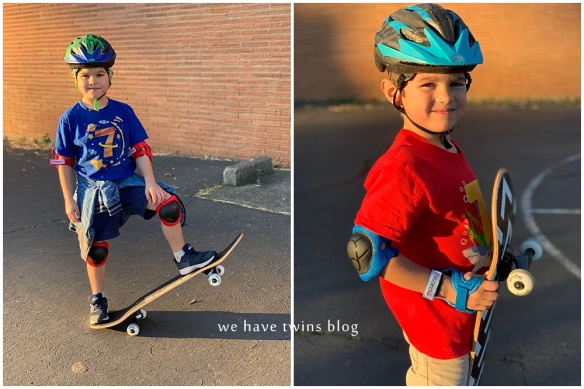 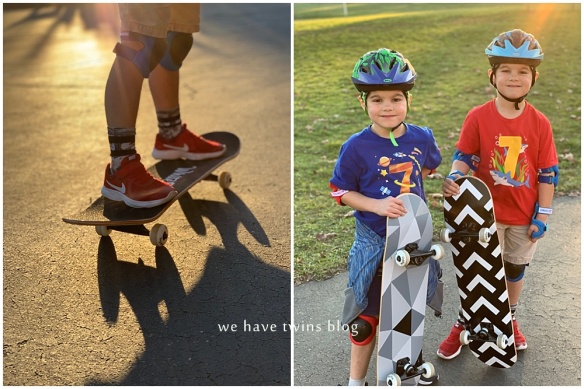 We had a simple birthday party at our new house. Partly to cut down on expenses after moving, and to have fewer decisions to make–where to hold it and who to invite (most places charge extra for more than 10-12 kids). Plus it was a good excuse to get our house set up and look pretty. I didn’t plan any activities–I just figured everyone would run around and play and eat snacks. And that’s pretty much exactly what happened. 🙂 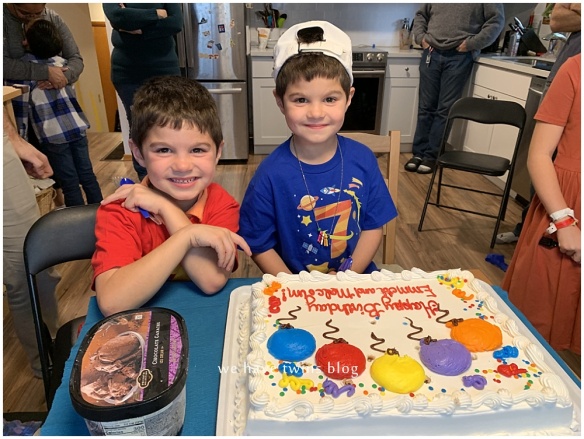 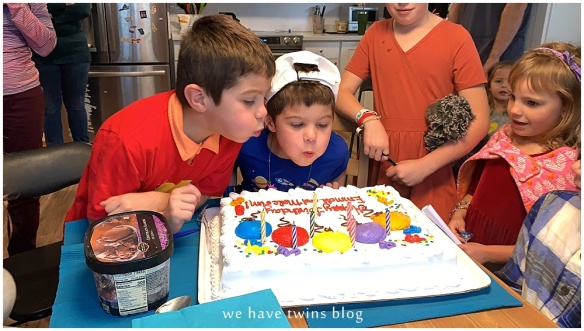 And more random activity photos from the year! 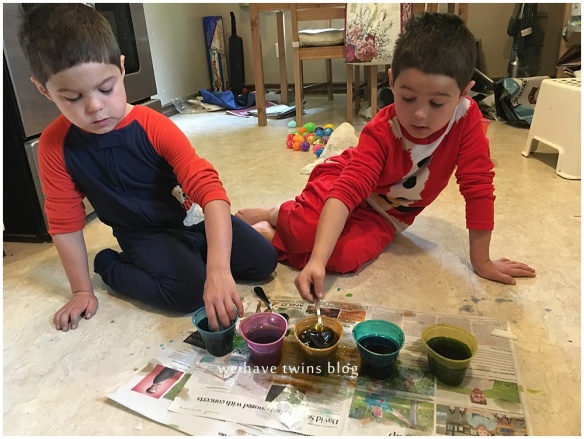 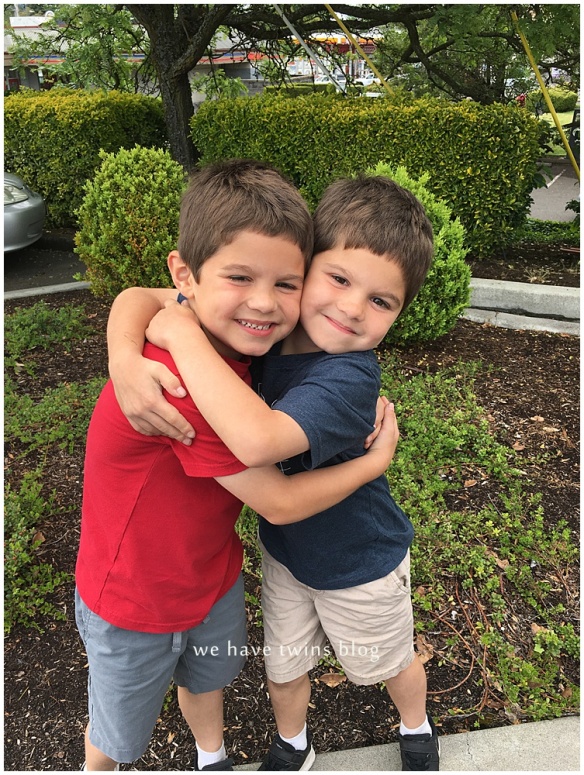 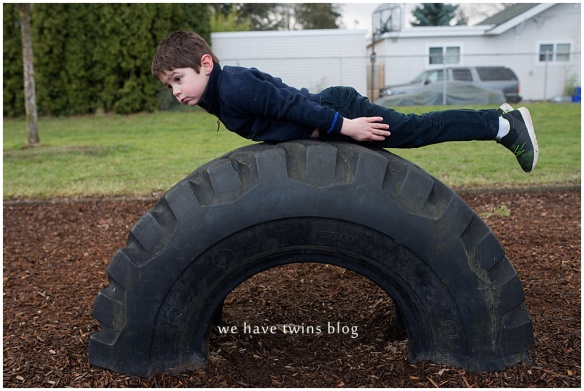 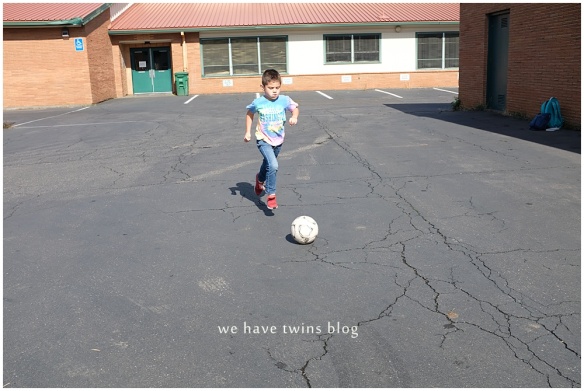 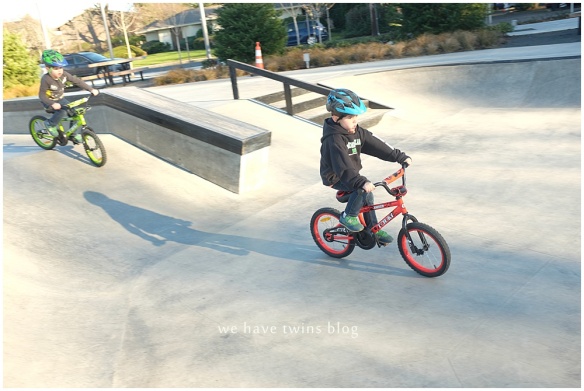 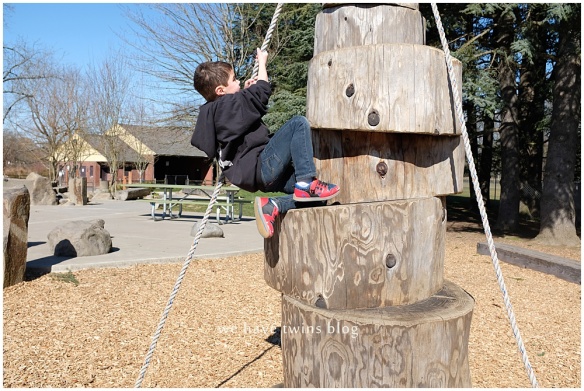 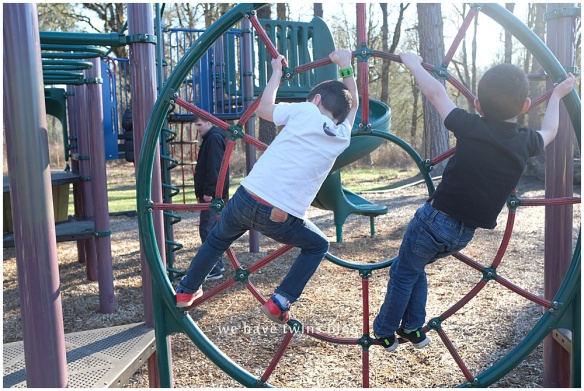 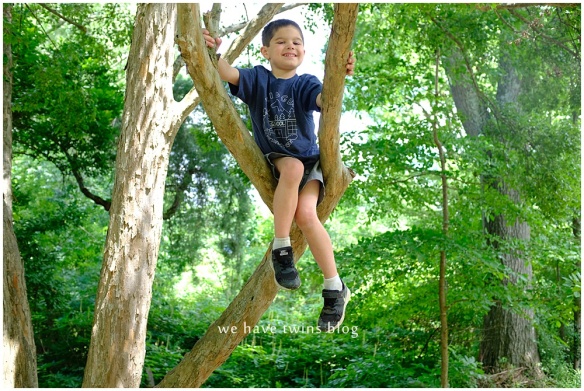 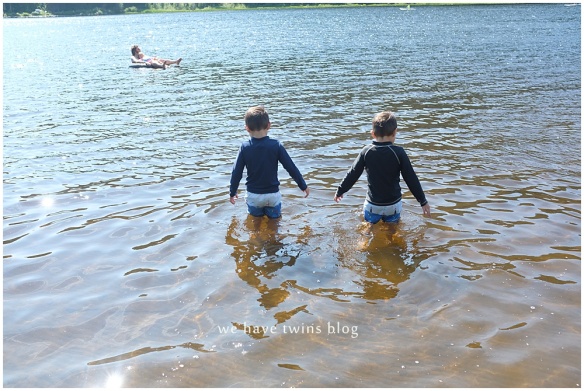 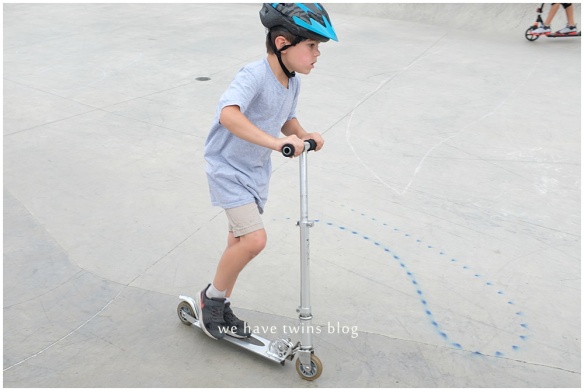 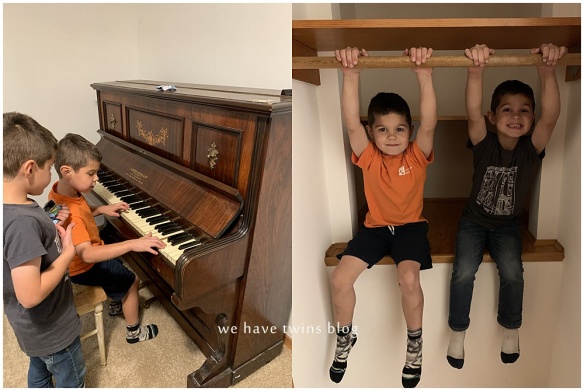