Last Saturday, the weather held nicely all day, so at the last minute, we decided to make a quick trip to the Rose Garden.

The two of us went there on our first trip to Portland, in September 2011: 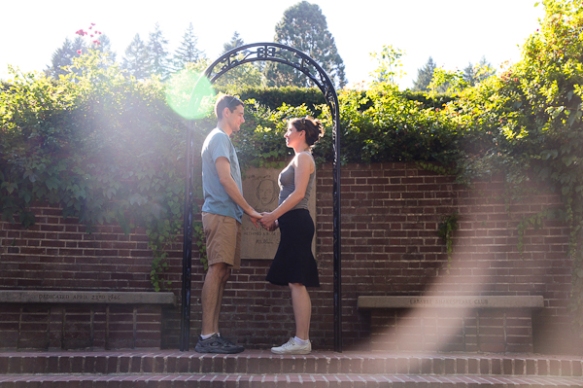 Even though it was so late in the year, there were still a ton of beautiful blooms. And the weather was downright hot that whole week.

We haven’t been back since, even though we moved to Portland last fall. Recently we decided it would be a nice spring outing with the babies (in carriers–a stroller would not be fun on all that grass). I’ve been starting to see roses bloom around town, so I figured some would be coming up here in the garden. It’s definitely still the beginning of the season, so there weren’t a ton of flowers yet. But it was still very pretty! And hey, we’ll just have to come back later this year, for more roses with bigger babies! 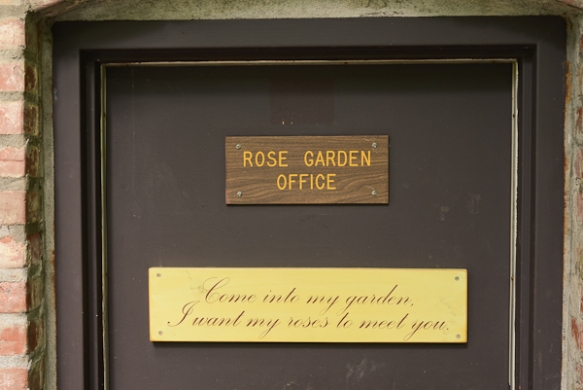 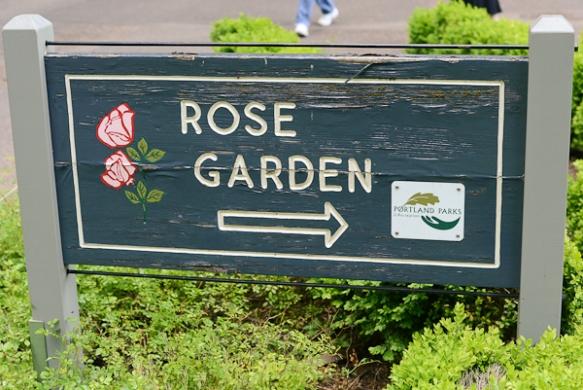 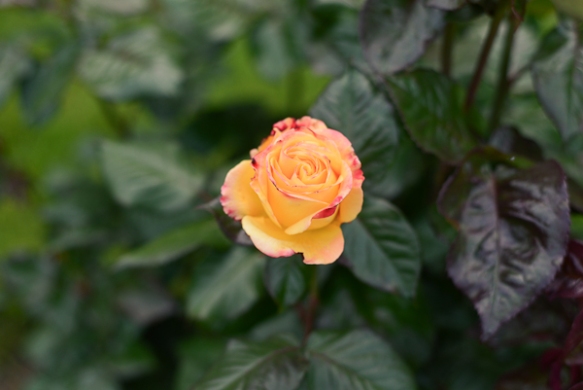 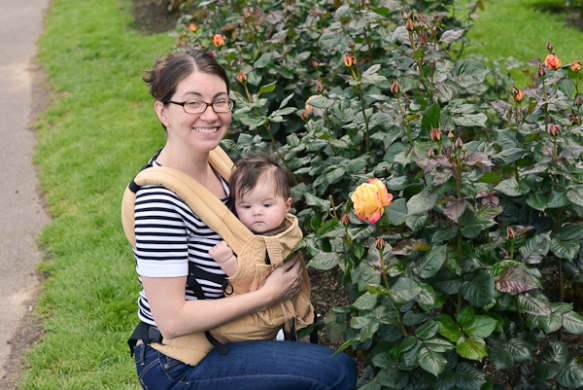