Our boys will begin kindergarten this week. 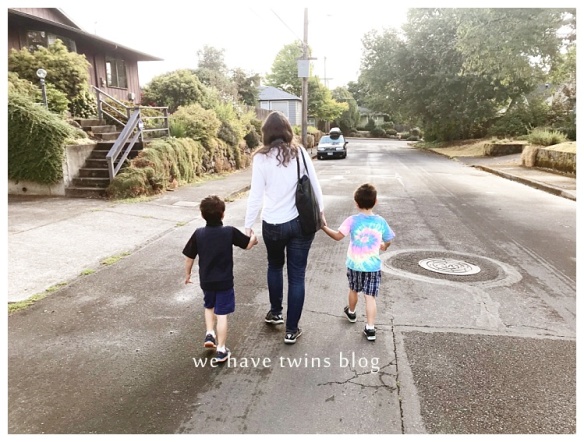 I think I need to say that again because even though I’ve said it a lot in the last few months, the gravity of the idea still hasn’t quite sunk in. (Hence the wandering mess that I’m sharing with you here.) 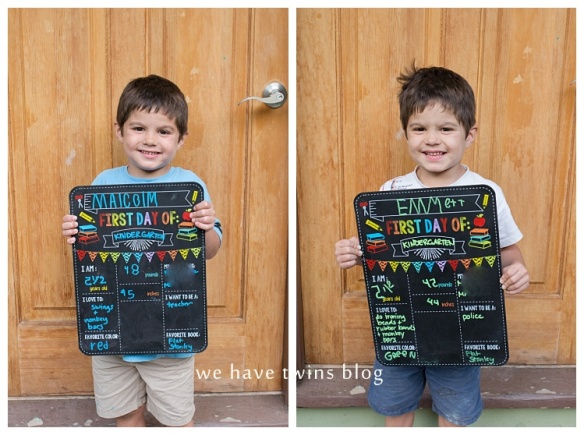 I started this post on Sunday. The ultimate Sunday–the last Sunday of their little childhood! Holy big deal!

Here’s what is getting me all emotional–the change, the huge, massive shift in our lives, and in all of our identities.

For these last five and a half years, the boys have been in some kind of daycare/childcare, but we’ve always had so much flexibility. Since A and I both work from home and especially since I became self-employed, we’ve been able to do schedule things whenever we want. I can pull them out of daycare for a random trip to Seattle, or for a birthday outing, or just to go have a special day together. It’s always especially nice to be doing fun things on weekdays, when all the other kids and grownups are at school and work! It feels like we’re playing hooky and getting away with something. And it feels like freedom.

But this is a really big transition. We’re now chained to the school year, the school day, the school calendar. They will be in school for the next THIRTEEN YEARS, which is basically forever. We’ll have to do our vacations, our special days, on all the holidays just like everyone else. No more freedom, no more spontaneity. (Sure, we can do a random day off I suppose, but I don’t think I’ll actually want to do that much. I’m too much of a rule follower and I do believe that attendance is important.)

This kindergarten transition is also about the boys ‘belonging to the world’ more and more (I just read that phrase the other day, isn’t it perfect?). We’ve had a little of that with daycare, where all these people know our kids and we don’t know them. It seems really weird and it makes me feel protective and cliquey, like hey, they are OUR boys, why do you know them. But of course that makes no sense. They’re going to have a new life at school, with new skills and new influences and new friends. None of which we have any control over!

They’re big little kids. They’re independent. They love math problems and they’re starting to sound out words. They don’t know how to tie shoes. They don’t know how to swim. They hold my hand when we cross the street. They lay down and cuddle on the couch with me. They pile on my lap so I can read them a book. They are best friend brothers and I think they also play with other kids, but probably mostly each other. How will they do at making good friends with other kids? Will they only hang out with each other? How much of a bad influence will they get from other kids? (I freaking hate the big after-school kids at their daycare who have taught them all kinds of terrible things.) Will they totally lose their innocence? Will they grow up too fast and want to stop being sweet little boys?

From now on, they are students. School-age children. And we are school parents! We’ll join the PTA and volunteer with school events! This is a whole new level of adulting and I feel a little blindsided and intimidated.

Another funny thing is that the day is the FIRST day of school. And I have to keep remembering with a little bit of shock and dismay that then they KEEP GOING. Forever and ever! It’s not just one day, it’s the first day of the rest of their lives! Ack!

Will they have homework? (Not in kindergarten, thank goodness. But I’m sure it will start after that.) What if it’s terrible and annoying? How much of a pain in the ass is schoolwork and projects and stuff going to be? What if one or both hates going to school?  What if someone cries or throws tantrums about not wanting to go to school? How will we deal with packing stupid lunches every day? Will they make friends? Will we make friends with the other class parents?

This is a huge transition for us too. I’m having a really hard time because I’m so used to school from a teacher point of view. From a parent point of view, this is completely new and different and this summer I’ve felt so helpless! I know absolutely nothing!! I also know nothing about what I *should* know and expect! For someone who likes to be in control, this is difficult.

I bought their school supplies several weeks ago, because someone on FB had to tell me to look on the school website to see the list. How would I have known to look on a website for a school supply list?! Was I supposed to know that?! Why does everyone else know this? Why do I know nothing? Why is the our district school website such a terrible labyrinth of bureaucratic confusion? I feel so new and bumbling!

We haven’t bought them new backpacks for school. I didn’t know what size backpack they’re supposed to have for kindergarten when they’re still so little. There are so many sizes of backpacks now, did you know that?! What do they even bring in a backpack? Are they going to be carrying notebooks and binders and pencil pouches? Two years ago I got them these little backpacks that we’ve been using for traveling and summer camp and daycare change of clothes. The lunch boxes that we got them two summers ago don’t really fit in the backpacks, so what *does* go in there? I don’t know if we’re fancy enough to get those metal bento box style lunchboxes that would fit. It doesn’t seem very special to just use the same old backpacks–but now it’s three days before school starts so have I completely ruined the Special First Day of School?!

This is their VERY FIRST FIRST DAY OF SCHOOL!!! Shouldn’t it be the most special of them all?! Am I making not enough of a big deal about this? Why haven’t I been able to plan better for this?

We’ve been able to roll into daycare whenever we wanted, and pick them up whenever we wanted. Now we’re locked into an actual, firm schedule. Miraculously, our school doesn’t start at the crack of dawn. We’ll be able to maintain their normal morning routine (wakeup between 7/73, breakfast, playtime, leave around 830), so we are very happy and relieved about that.

We are also super excited about physically going to school. It’s only a few blocks away—we timed it this week and it took less than NINE MINUTES to walk there!! We’ve been taking them to a daycare is 20 minutes away for the past FOUR YEARS. Each roundtrip to drop them off or pick them up was an hour. So there were two hours of daycare driving every day!! We will save so much gas and so much time! Plus, a little exercise and fresh air! (This is very easy to say in sunny August–we’ll see how I feel in dark and rainy November…)

We have one boy who is excited about kindergarten, and one boy who is nervous about kindergarten. They’ll be in the same class, so I think that will be really nice and helpful for them to have their best-friend-brother right there. They’ve never been apart or in separate classes, and I think going through the transition to real school together will be good.

I guess I just need to remember to take one thing at a time. Our kids are good kids and I think they’re going to do really well in school. It’s just a new part of our journey together as a family. 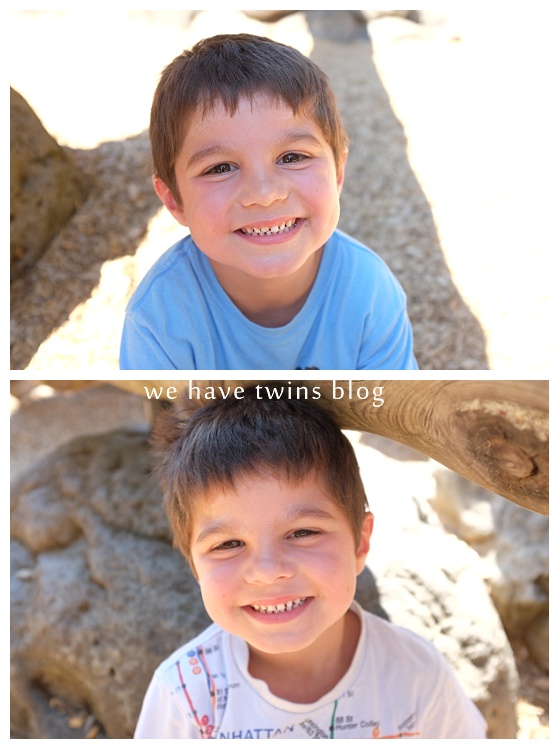 We took the boys to get donuts on a Sunday morning. But we waited too long and forgot to give them a snack and it got too close to lunchtime, which of course is a recipe for disaster. So they wanted to eat the donuts at the shop, but there wasn’t a place to sit and eat. We said we’ll eat them when we get home, and they whined and whined and whined and then Malcolm said, mama should leave the family forever. And of course so we kept getting irritated and finally we said, OK well you can’t have your donuts right now because you’re being too whiny.  We did eventually let them have one bite to try it, and then after dinner when it was dessert time, neither of them wanted the freaking doughnut!

But…they’ll also say I don’t like you and E especially will yell NO KISSES sometimes.