When I went to the big twins club re-sale in 2013, I had a very specific list of items that I knew our 5 month old babies would need in the short term. When I saw the huge area of big toys, I froze. I tried to think about the next 5-6 months and what the babies would do or learn or want or play with. And I had utterly no idea what, say, a 9 month old could use.

So I figure that as I go along, I’ll keep track of the toys we use in age-ranges of our babies, in hope that someday, another parent will find it useful! This isn’t an official review or sponsored post, it’s just what our babies have liked and used a lot. Amazon links are affiliate.

Also, FYI: Baby Cheapskate does an annual roundup of “Toys that get played with” for all age ranges, based on reader polls/surveys. Here’s the 2013 list for 13-24 months. You should follow them on Facebook--they find and post tons of deals on baby gear every day! 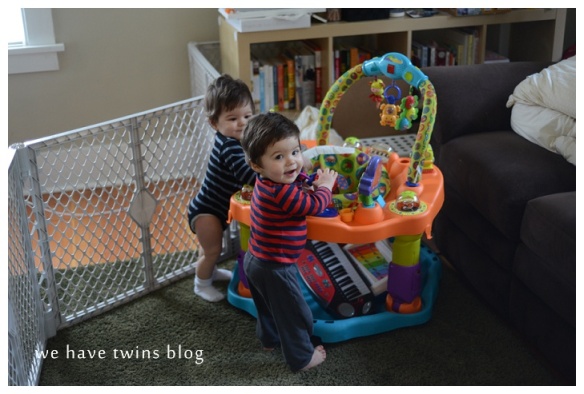 Activity Table (until 15 months or so) and Exersaucer: Yes, they just kept playing with these! I was really surprised. I suppose because they make noise, and have things that can be moved/pressed/manipulated. 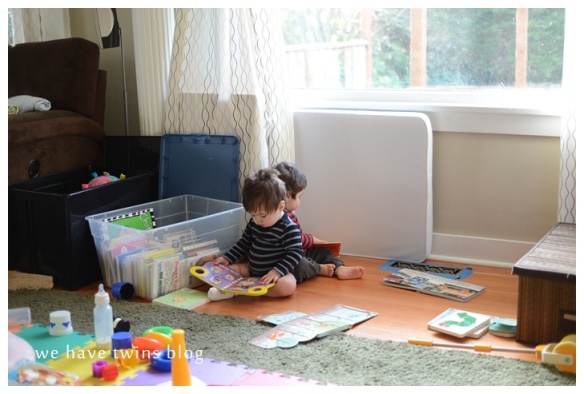 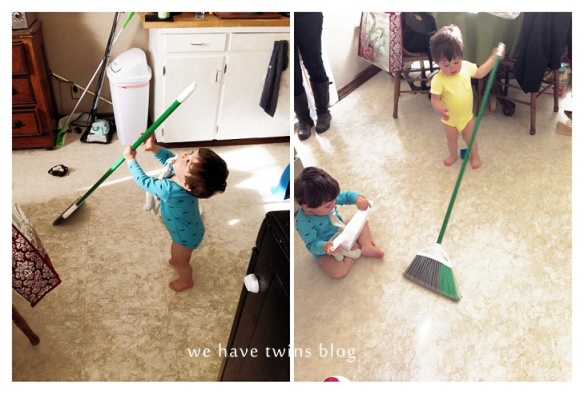 Broom and Mop: It was only after they started playing with the full-size broom and swiffer in the kitchen that we realized we should get them some kid-sized ones. They still prefer the big ones, but will happily play with the little ones most of the time. Of course they fight over who gets the broom. 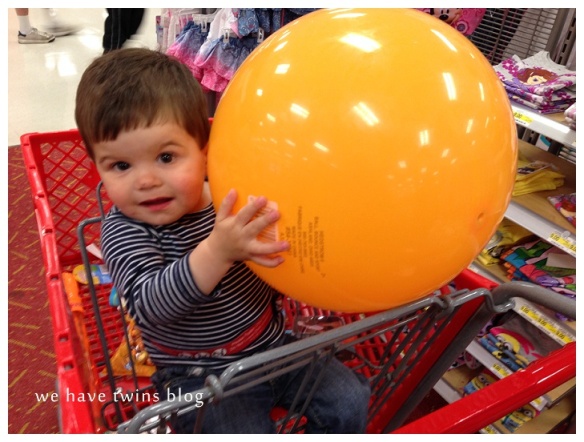 Balls: They love watching people play soccer and basketball, and they love trying to throw and catch. Or just holding them. 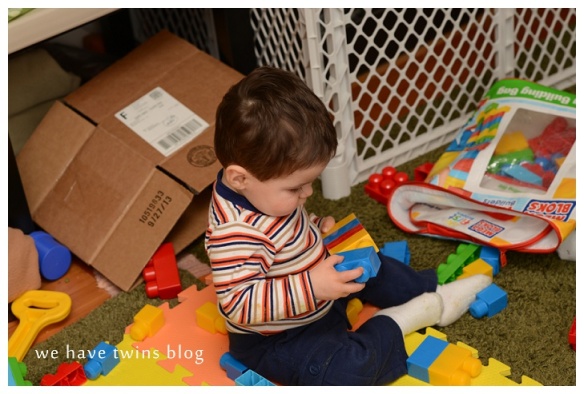 Mega Bloks: Our twins received a set for Christmas, when they were 13 months old. I figured they wouldn’t be able to use them or interested in using them until they were at least 18 months old. But I was totally wrong–they started playing with them right away and quickly seemed to understand what to do! And they’ve only gotten better since, so it’s great they started kind of early. It’s got to be great for motor skills and spatial reasoning! 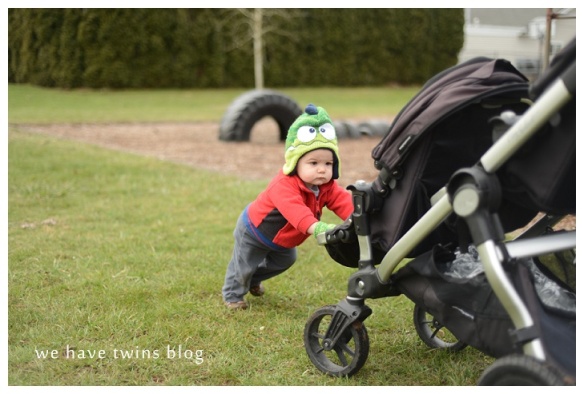 Toy Shopping Cart, wagon, horsey, stroller: These are HUGE hits in our house. Our twins would probably be psyched if they could push the shopping cart around for most of a whole day. When we go outside for a walk they fight over which ones they get, and they always want something to push. 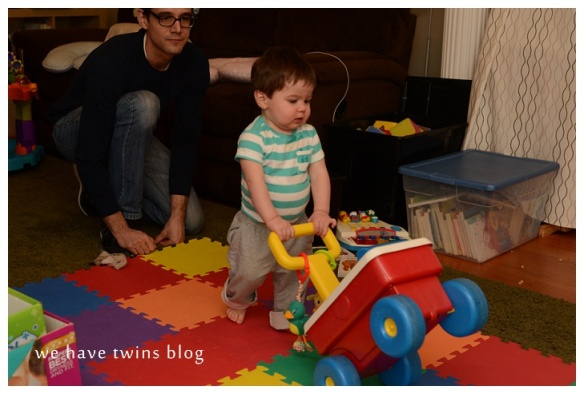 Charley Harper Flash Cards, Clif Bars, anything with smaller parts inside a box: Take them out of the box, put them back in the box, throw them around. Good times! 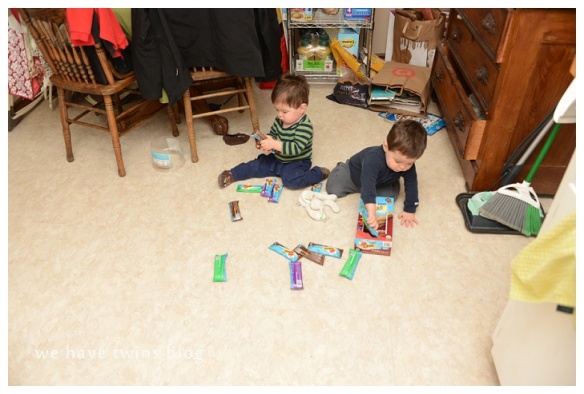 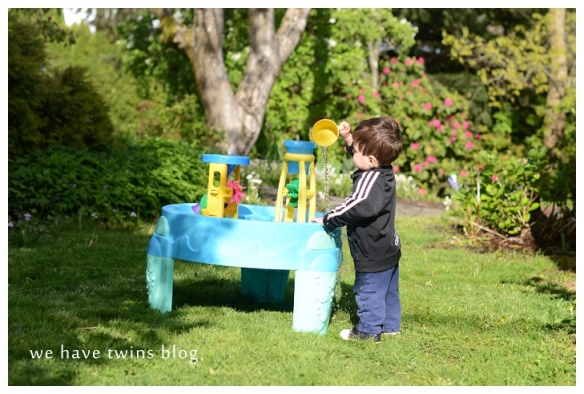 Water Table: Apparently we got this for them in April and they loved it immediately. They played all spring and summer. 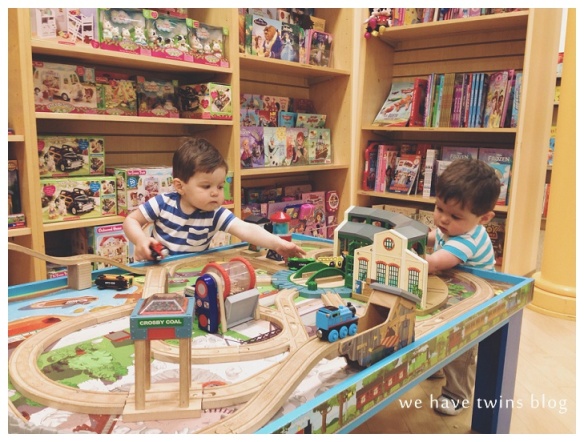 Train table (at the bookstore): I think we discovered this by accident, but what an amazing accident. They are OBSESSED. Sometimes I wish we had a big basement play area so we could have one of our own, but then I think it’s nice that it’s out of the house, so that it’s a rarer experience and therefore more special. 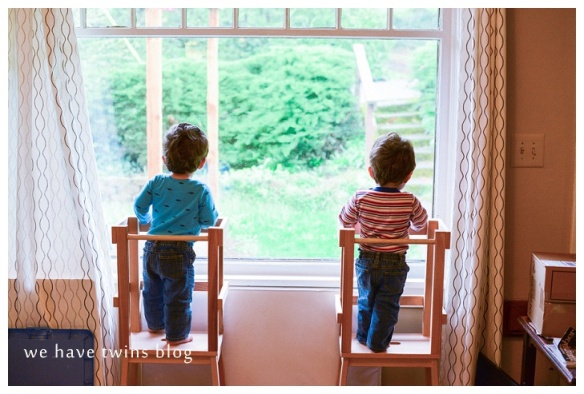 Learning Towers/Kitchen Helpers: I would see people posting about these on Facebook, that they were super awesome for little kids. I also noticed that they are WAY EXPENSIVE. Especially the idea of two of them.Then someone in a group posted that her husband was making DIY versions. I waffled for a bit and then decided we should go for it, and get two. It was totally worth it and I’m so glad we did. There are posts all over the internet about how to make the DIY versions (here’s one), so ask around for someone who might be handy. Even paying them to do it will be worth it. (And PS, since I’m finishing this so late, I can tell you that we’re still using these after they turned two!) 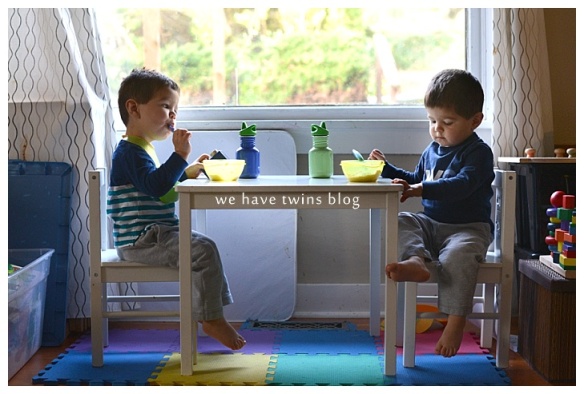 Not exactly a toy, but they do really like their little table and chairs, just the right size for them!

What do your littles this age love to play with? Share in the comments!

2 thoughts on “Our Favorite Toys for Babies, 12-18 month edition”